3 interpretations of pen1v1v1v1polygon1 by Jon Roskilly, Carlota Cáceres, and myself on pDidgeballoon, objects4JamesSaunders-x1, and 2sinNoiseLPFrLFO-sub-Ws (controlled with a KORG nanoKONTROL and played with a self-made subwoofer). all 3 were recorded at the Hochschule für Musik Basel’s Composers Reading Workshop on December 19, 2015, in Klaus Linder-Saal, Musik-Akademie Basel.

in the 3rd interpretation, we experimented with a simple way of influencing one another. i wrote 8 letters at different points on the page, and whenever any of us said the name of one of the letters,1 everyone had to play the part of the diagram around the point at which the letter was placed (according to the annotations we added to it). the beginning was free, that is, each of us could play any part of the diagram, and the end should have come after all the letters were called (although in the recording we had to end earlier because of time considerations).

1 the only exception was the glottal stop ʔ, which was pronounced rather than called by name. 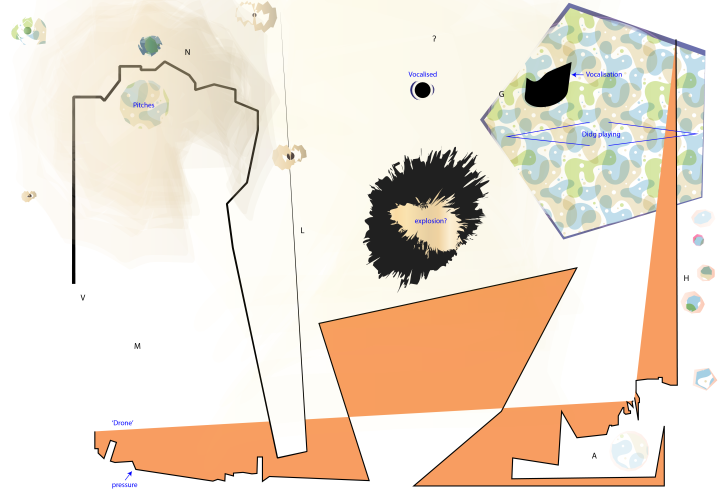 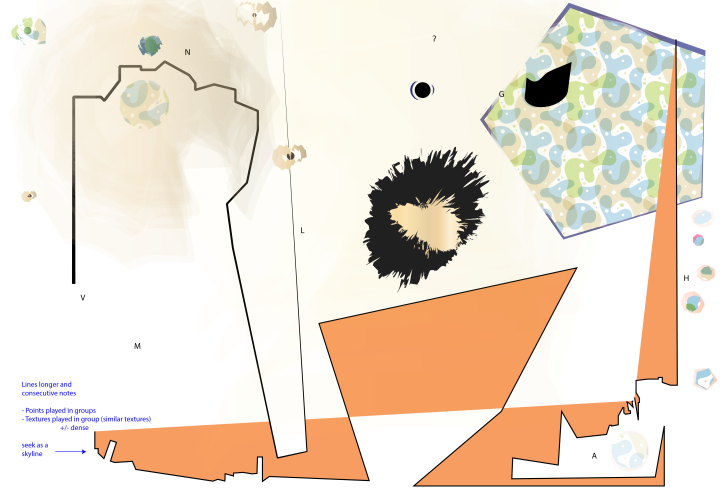 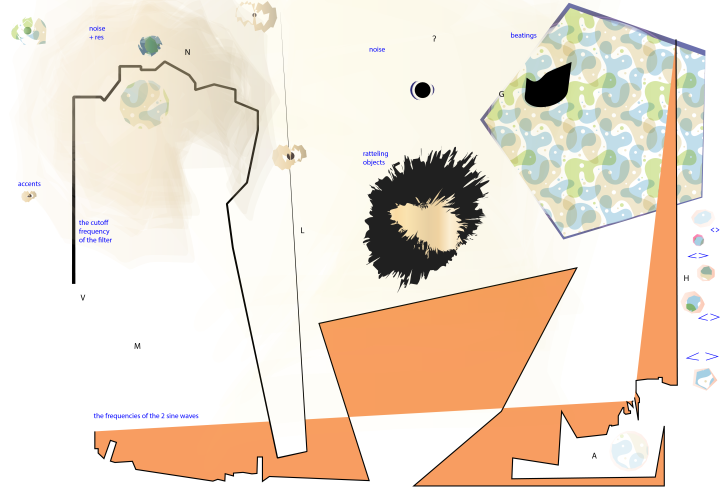 click here to open these annotated versions of pen1v1v1v1polygon1 as PDF.

*MUSIC FOR ONESELF v2

CompositionCloud is an abstract rhizomatic space containing different ideas to be used in modular ways to create art, mostly in the realms of sound and music, but not necessarily.

ccloudblog was created to give access to the digital content of CompositionCloud, namely, to its texts, images, sounds, videos, and programs. it is recommended to explore it as if taking a walk in a garden, observing not only the individual ideas, but also the ecology they form.

click here to read more about what CompositionCloud is.

Who is Goni Peles?

Goni Peles (b. 1988) is a composer based in Bristol, UK, undertaking a PhD in Composition at Bath Spa University under the supervision of James Saunders. he holds two Master’s degrees in Composition and Music Theory from the Hochschule für Musik Basel, where he studied with Caspar Johannes Walter and Jakob Ullmann, and a B.Mus. in Composition from the Buchmann-Mehta School of Music (Tel Aviv University), where he studied with Dan Yuhas. he completed a 2-year course in sound and music production at BPM College and produced trance and electronic music when he was a teenager.